How could today’s political and economic trends as well as the recently enacted Inflation Reduction Act of 2022 impact the Energy sector? To find out, Baird Global Investment Banking’s Gregg Byers spoke with Dan Clifton, Head of Washington Research at Strategas, in our Spotlight on Energy.

In your discussion of the economic and political environment headed into the midterms, you mentioned how current trends in monetary, fiscal and geopolitical macro policy are leading to a reversal of 30 years of globalization. Where does energy policy fit in?

We’ve been surprised by the lack of political will to create a comprehensive energy policy bill following Russia’s attack on Ukraine. Republicans have pushed for more fossil fuels and Democrats have pushed for more renewable energy, but any efforts to bridge the two ideas together have failed. Even with Europe facing a potential energy embargo and elevated gasoline prices continuing to squeeze U.S. consumers, policymakers have been slow to adjust their pre-Russia/Ukraine stances.

The Biden administration is trying to get other countries to increase their oil production in the short term so the U.S. does not have to permanently expand its fossil fuel infrastructure. We don’t believe this strategy will bear out over time. There is a growing distrust between the oil and gas producers and the current administration, and when distrust exists between businesses and the government, supply becomes constrained and prices start to rise. As a result, voters will be worse off with higher energy costs. Something will need to change: High commodity prices are the single biggest factor explaining the President’s low approval ratings, and if the current administration does not provide relief, political change will.

Shifting policy to an all-of-the-above approach – one that incorporates production in the Gulf of Mexico, eliminates restrictions on LNG exports to NATO countries and bolsters the approvals to distribute oil and gas – will provide more relief to consumers while alleviating inflation pressures. These changes could be coupled with more long-term support for clean energy provisions such as solar, wind, energy storage, hydrogen, nuclear and electric vehicles. We’ve already seen some of this dynamic at play in the Inflation Reduction Act, and it wouldn’t be a surprise if there’s more discussion about this kind of compromise after the 2022 midterm elections.

The Inflation Reduction Act of 2022 includes among its provisions clean energy tax credits and new taxes on fossil fuels. How could this legislation impact the Energy sector?

The law includes $369 billion in energy security, which is defined here as clean energy tax credits for solar, wind, electric vehicles, hydrogen, nuclear and carbon capture. Included in that $369 billion are an estimated $30 billion in tax credits for the manufacture of solar panels, wind turbines and batteries; $30 billion for states and electric utilities to accelerate to clean energy; $27 billion to advance emission-reducing technology; and $20 billion to support climate-smart agriculture practices. So we expect this law to give a wide array of “green energy” companies a boost.

In addition to the “carrots” mentioned above, the law also includes significant “sticks” to fossil fuels, including methane and Superfund taxes, an increase in onshore and gas royalty rates, a 10-year increase in oil and gas per-acre minimum bids, an increase in fossil fuel rental rates and an increase in royalty rates for offshore production. While the Inflation Reduction Act also imposes a 15% corporate minimum tax rate, this provision only applies to larger companies (i.e., those posting $1 billion of profits per year for the last three years) – a threshold most small oil and gas producers do not meet. Our analysis finds that Energy will be among the sectors least impacted by this large-cap tax increase.

As a condition of Senator Manchin’s support for the Inflation Reduction Act, the Democrats agreed to a vote on energy permitting reform in September. What can the Energy sector expect out of permitting reform?

This provision is largely about the difference between “leasing” and “permitting”: The government can lease land to oil and gas companies all day but then find reasons to delay or deny permits for those projects. Permitting reform in this legislation specifically calls for the completion of the Mountain Valley Pipeline, the designation and greenlighting of energy projects of national significance, limits to permitting review and litigation delays, clarification over the Federal Energy Regulatory Commission’s jurisdiction over hydrogen facilities, accelerated approvals for electric transmission projects deemed to be in the national interest and improvements to the Clean Water Act.

Because permitting is outside the scope of fiscal issues, it was not included in the Inflation Reduction Act, which is why it will get its own vote. For that same reason, though, it will require 60 votes to pass the Senate – 10 more votes than the 50 + 1 (the tiebreaker from Vice President Harris) that were required to pass the Inflation Reduction Act. The higher vote threshold, plus the fact that this proposal will likely anger environmentalists, means permitting reform will need significant Republican support to pass.

For more Strategas insight, be sure to also check out Dan’s discussion of the political and economic conditions ahead of the 2022 midterms.

This article has been modified since original publication to reflect the passage of the Inflation Reduction Act of 2022.

Strategas, a Baird Company, provides market strategy and timely perspective to help you better understand what’s happening in the world today and what it means for your portfolio and plans. These premier insights combine investment strategy, macroeconomic perspective, government policy research, technical analysis and a deep understanding of the fixed income and equity markets. For more from Strategas, check out “Midterm Madness,” a discussion of the political and economic conditions ahead of the November 2022 elections. 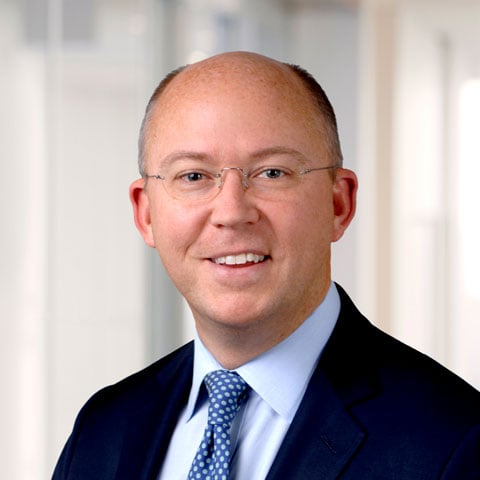 Let us show you how Baird can make a difference in your financial life.

Our Commitment to Texas

Baird's unique structure, industry-leading expertise and unwavering client focus give our Texas-area associates a personal interest in creating great financial outcomes for local families, individuals and the communities we share.