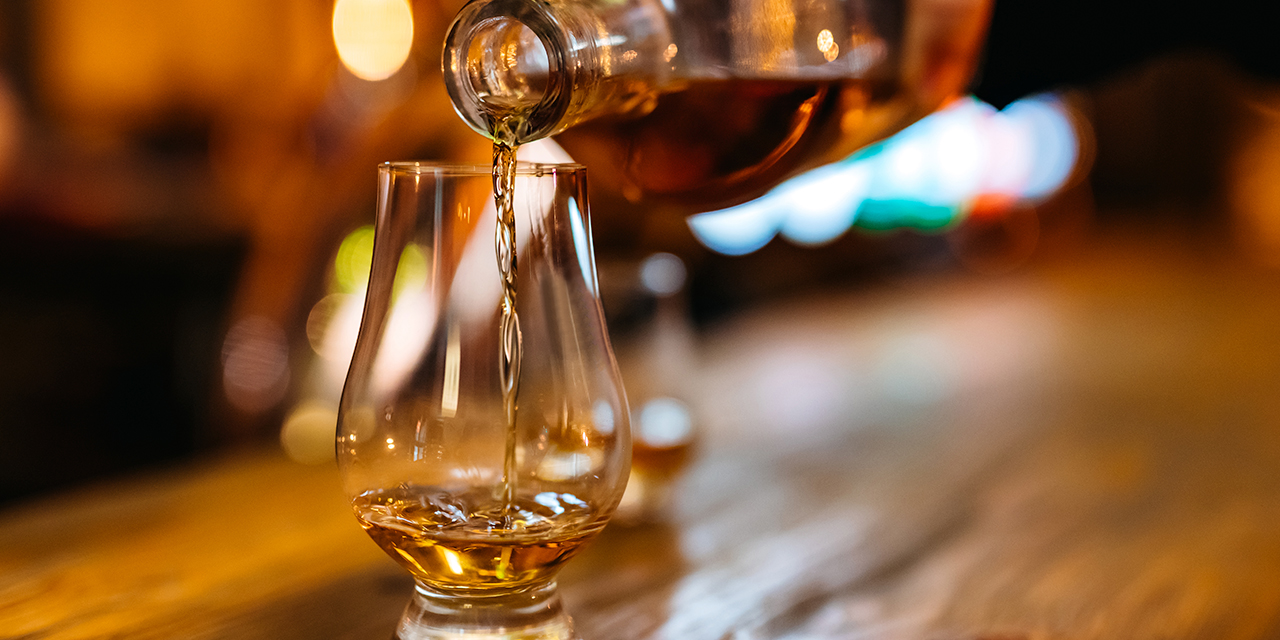 One of our core principles at Baird is a commitment to community development and betterment. Our firm has a long tradition of investing in the areas where our associates live and work, from the over $5 million in nonprofit contributions in 2021 to the many partnerships with local organizations across the country. Quite simply, we believe that we cannot thrive without the communities we serve thriving, as well. This means good jobs, capital investment, and strong community spirit. Here in Kentucky, no industry better hits that trifecta than Bourbon. And with 167 years of history in the Bluegrass State, Baird has witnessed, supported and tasted the success of the Bourbon industry.

As of today, Bourbon finds itself at a bit of a crossroads: it is nostalgic, local, and necessarily slow-crafted (imagine barreling a spirit and waiting 25 years to taste it), but it also finds itself on a high-growth trajectory. Bourbon has never been more popular nor more economically significant to our region, creating jobs, investment, and tax revenue at record levels. With that in mind, we were lucky enough to grab Eric Gregory from the Kentucky Distillers Association to give a quick outlook on the industry and what the future might hold:

When did the current boom start and what spurred it on?

It's mainly been over the last ten years, and it's due to a variety of factors. Everything from the fact that we're putting out some of the best bourbon ever produced in Kentucky to the rise of the cocktail culture. It’s kind of the Mad Men effect where all the classic cocktails - the Manhattans, the Sidecars, the Old Fashioneds - have come back.

But I think one of the most important things is the globalization of Kentucky bourbon. A lot of the roots of the boom are based back in the 1990s when we had free trade agreements with the EU and NAFTA. And you know, unfortunately in 2018, we got caught up in the trade war on steel and aluminum and the Boeing/Airbus feud, so we were facing a lot of tariffs that we hadn't faced in more than twenty years. Thankfully, those have been resolved. UK was actually just resolved. So we've got several years now to fix those trade issues with our allies, and we can get back to exporting bourbon like we did before. I mean, from 2010 to 2017 alone, our exports grew by 98%.

With all of the geopolitical uncertainty, how do you view the tailwind that globalization has been in today’s world?

Clearly zero-for-zero trade (i.e. reciprocal tariff elimination) has been a benefit to us. Because once we were able to get on a level playing field with our friends in the Scotch industry (and the Japanese whiskey industry and the Canadian whiskey industry, and so on) we’ve seen that global consumers definitely like what they're tasting. As a result we are expanding more overseas. I mean, we're right now in the middle of a $5.2 billion dollar capital investment campaign. And that's mostly centered around production, aging, and bottling. So yeah, we were unfortunately collateral damage in the recent trade wars that had nothing to do with whiskey, and it did do damage. We were losing $170-200 million a year of exports, but hopefully we can grow those consumers back.

It’s been such a growth period of late – is it sustainable?

How long will it last? Well, my usual answer to that question is that there are forecasters at major distilleries who are a lot smarter than me, and they are spending billions of dollars in capital investment to produce more bourbon, to build more aging warehouses, and more. And I don't think they'd be doing that if they weren't extremely confident in the future of the category.

I also think that we've barely scratched the surface on the global markets. Scotch has a several-hundred year head start on us (at two hundred years, we're still the young kids on the block when it comes to global whiskey). And that's something that we didn't have back in the 1970s and 1980s when bourbon took a downturn, but now those distribution channels have opened.

And finally, I truly believe in the increasing demand for home delivery and direct-to-consumer shipping like wine has been doing for 50 years. I think that's going to open up more channels as well.

What do you see as the biggest benefits to the Kentucky Region? Is it economic, tourism, job creation, or something else?

All of the above. In the past ten years, we've doubled the number of jobs in the industry. The growth has been massive. When we started, we were a $3 billion dollar industry; now, we're a $9 billion industry. We barely had 10,000 jobs then, and now we're over 22,000 jobs with over $1 billion in payroll. We filled more than 2 million barrels for three years in a row. Since the turn of the century production has gone up over 400%. So we're definitely headed in the right direction.

And then on the tourism side, we created the Kentucky Bourbon Trail in 1999. We were all ready for a year-long party in 2020 (when the Trail turned 21) and all that got cancelled because of Covid-19. But visitors have rebounded quicker than we expected - last year we would have set a record (even with some of the Covid-19 variants still around) if not for some of the distilleries being closed for construction. But tourists are flocking back to Kentucky, and that’s one of the reasons why, again, you’ve got so many distilleries bullish on the future and spending billions of dollars. The future is bright, the category is strong, and it’s good for Kentucky.

We also have distilleries now in forty counties. Back in 2008, we were probably in seven or eight (if that). And so it’s the growth of the craft distillers bringing tourism to a lot of these smaller counties.

What does bourbon mean to the state outside of the economic impact?

I am a born and raised Kentuckian so I consider bourbon as part of my birthright. We say that every sip of bourbon is a sip of Kentucky. You think of rolling green hills, white fences, horses and our Gentile southern hospitality. It’s very authentic, and that's why we've got so many visitors coming here - they crave the authenticity and the history that no other state can duplicate. And trust me, they're trying. There's now over 2300 distilleries in all 50 states and they're trying to take what we have because this business is more than just a drink. It's actually jobs and tourism and investment.

But look around. Bourbon is so immersed in our culture that you have bourbon-themed restaurants, bourbon-themed hotels, bourbon tour companies, bourbon magazines. It's like how wine is to Napa and Sonoma in California. It is just such a part of our culture that it drives tourism and people want to come here and experience it. It's named for Bourbon County in Kentucky. We have raised it, we have aged it to perfection, we produce 95% of it (and 100% of the bourbon that's worth drinking). So it's a huge part of our culture, and it's only getting bigger.

At Baird, we want to help this proud tradition continue. We are a fully-fledged financial services firm with a focus on integrity, transparency, and, most of all, keeping clients first. Across our range of business units, the potential for partnership and support is endless. Baird Trust – headquartered in Kentucky – provides asset management, trust administration and estate settlement services. Baird Capital makes venture capital, growth equity and private equity investments in targeted sectors, both locally and globally. Baird Business Owner Solutions advises lower middle-market & emerging growth companies and their owners on business transition, valuation and M&A transactions. And that’s just the tip of the iceberg. In the end, a healthy and growing Bourbon industry means a healthy and growing Kentucky, and we’re thrilled to be a part of the journey.