What Will It Take for Biotech to Find Its Footing Again?

It’s been a rollercoaster for the biotech sector, which soared during the pandemic but has more recently faced declining stock valuations and stalled M&A activity, part of a larger market downturn. Is this cause for concern and what will it take for biotech to find its footing again? Mike Perrone, CFA, Biotech Healthcare Specialist for Baird, offers his perspective.

It’s no secret that the biotech sector has been struggling. Currently the XBI, the primary biotech ETF, is significantly off its all-time high, what gets the sector working again?

Two possible catalysts to reignite the sector, namely positive clinical data news flow and big pharma M&A. I think, and I’ve heard similar sentiment echoed on the street, that we need the former for the market to truly bounce. Given a lower appetite for risk, big pharma has largely opted for licensing deals or partnerships with the promising but unproven pre-commercial biotech companies that make up a large segment of the XBI and were the primary takeover targets prior to the downturn. That means less deal activity overall and a greater focus on acquiring companies with established products or closer go-to-market commercial prospects. While these higher floor type deals are helpful to the sector overall, they are unlikely to create broader enthusiasm for the type of pre-commercial biotechs that make up a big chunk of the XBI.

Unless interest in earlier stage biotechs picks up speed, we’re going to need to see a lot of positive clinical data across the sector to really get enthusiasm back in the biotech market and drive the XBI back to positive territory. I think we need to see compelling early-stage clinical results from a broad swath of pre-commercial biotechs to reignite broad-based investor interest in the sector.

It seems that many of the recent big data releases in biotech are disappointing, is this normal and why is it happening?

Capital flows into the sector have been robust in the past few years, which has led to the formation of more biotech companies and the development of more assets. In leaner times, fewer biotech companies are created and those that were around could only fund the development of their best assets and shelve those with a lower chance of success. In recent years with easy access to capital, lower probability assets were developed, often times by management teams with less clinical development experience, which had led – in part – to a higher percentage of disappointing readouts.

The follow-on offering market remains very tight and the IPO market is non-existent, yet many of these companies need capital. When do these markets open up and how do these cash strapped companies get by in the interim?

For follow-on offerings, the thought is that the market will open up post-Labor Day regardless of the environment as many of these companies need cash and will simply have to raise capital no matter where their stock price is. In the interim or for those companies that want to wait for a better market to raise, belts are going to need to be tightened and/or they are going to need to find unique ways to raise non-dilutive capital, namely licensing deals.

As for the IPO market, that will likely take a bit longer as it historically lags the follow-on market when the capital raising window re-opens. In the meantime, late-stage private companies will also need to tighten their belts, find sources of non-dilutive capital, or raise additional money in the private markets, most likely from existing investors.

With many high-profile biotech funds down significantly, is there any new capital waiting to be put to work in the sector?

While the current downturn has led to poor performance from many existing biotech funds, investor appetite for the next big biotech moonshot means that some new capital continues to flow into a combination of new funds and existing funds who have weathered the downturn. So while money is leaving some underperforming funds, much of it wants to stay within the sector and it is finding its way to relative outperformers and newer funds with strong talent and a fresh start.

Mike Perrone is a Managing Director and Baird’s Biotech Healthcare Specialist. Mike joined Baird in 2010 and spent more than 10 years in Institutional Equity Sales where he focused on developing relationships with healthcare funds with a specific focus on biotech investors. Prior to Baird, Mike spent five years in pharmaceutical sales with Johnson & Johnson, where he worked primarily in the Ortho-McNeil Neurologics division and was part of the company’s Management Development Program. He received a Bachelor of Arts degree in Government and a Bachelor of Science degree in Science Business from the University of Notre Dame, and an MBA with concentrations in Finance, Accounting and Strategic Management from the University of Chicago. He is a Chartered Financial Analyst. 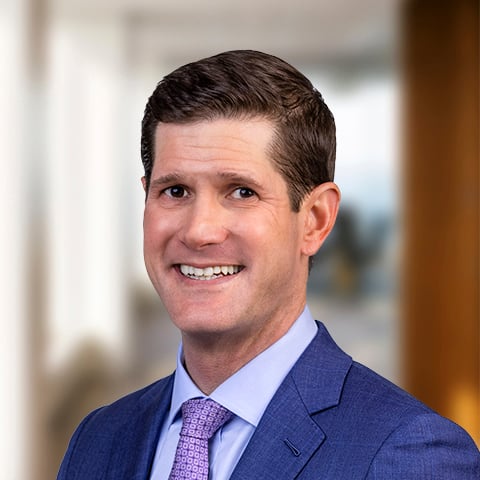