A Joint Study by Baird and IntelligentCross

Reason for the Study

Robert W. Baird, Incorporated (“Baird”), in partnership with IntelligentCross (“INCR”), conducted a study of the effectiveness of Minimum Quantity (“MinQty”) tactics in Baird’s various algorithm configurations. We engaged IntelligentCross as a third-party resource to our views on MinQty instruction. The sample set of data used included seven trading days over a period of two quarters in 2019. The list was made up of full (non-holiday) trade dates and were randomly selected by the Excel random selection function.

At Baird, we strive to properly manage the balance between effective liquidity sourcing and market impact.  Depending on the aggression level (algo strategy), stock, and/or market characteristics, we provide a menu of configurations to meet specific trader needs at the time of trade.

IntelligentCross operates Alternative Trading Systems (ATS) destinations IntelligentCross (mid-point) and IntelligentCross ASPEN^3 (bid/offer).  As such, they were logical partners for Baird in this study sharing similar goals of minimizing market impact, but at the venue level.

Both Baird and IntelligentCross are dedicated to working with our customers to provide insightful ways of using our offerings to the best effect.

FIX defines MinQty as the ‘minimum quantity of an order to be executed’. It was introduced in FIX3.0 (circa 1995) and has been widely adopted across platforms and venues.

Market microstructure has changed substantially since the introduction of FIX3.0. How has the use case for MinQty changed with it?

After analyzing the data set, we summarize our findings as follows:

MinQty value as an effective tool to protect single orders is varied and situational.

* Markouts are measured as the absolute movement in mid to mid quotes from execution to some point in the future in bps, weighed by executed shares

**Where safer is defined as a tendency to show more stable prices for longer periods after a trade as measured by quote stability. The quote stability results were accessed through the Clearpool AMS, and measure the percentage of the time the quote was stable in various time buckets, both pre and post trade, on average over the life of the order.

MinQty, on its own, is of mixed value in protecting executions against poor performance

As such, MinQty should not be used as a generic defense tool

That said, MinQty can act as a venue optimizer

Putting It All Together

IOC orders are similar to far touch orders in that MinQty does not seem to offer markout protection even though, on balance, zero MinQty orders tend to have higher expected markouts independent of execution.

Although hit rates drop substantially as MinQty increases, as in the case of all the limit types that we have reviewed, because of the short life cycle of IOC orders, there does not appear to be any significant opportunity cost to sending an IOC with a MinQty assuming that it is followed by a near simultaneous reload. 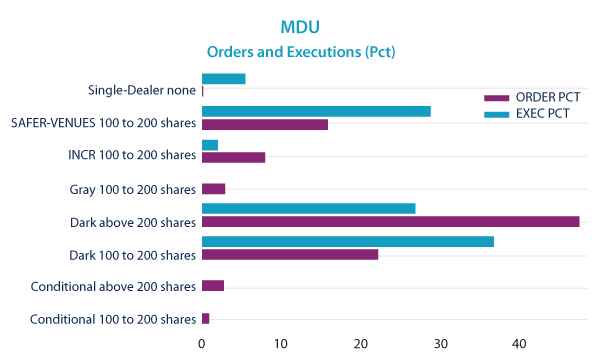 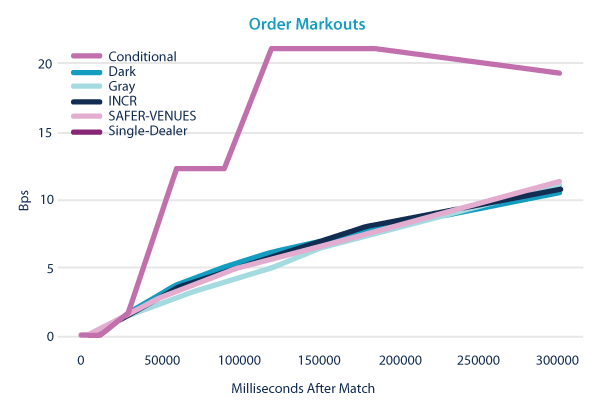 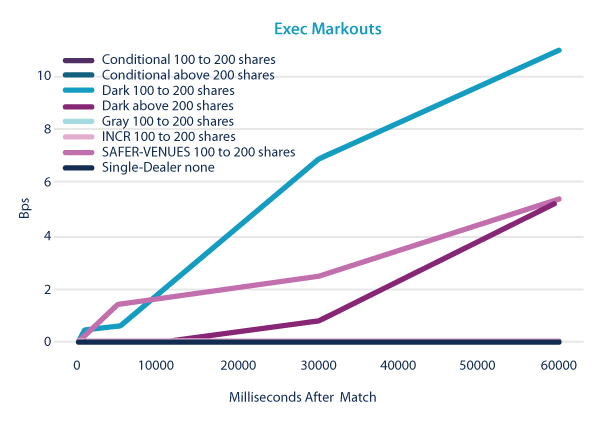 At Baird, we strive to provide the proper balance between efficient liquidity sourcing and market impact. MinQty settings are one of the tools that we use to achieve that balance. We also use liquidity segmentation to control counterparty interaction within a specific ATS, as well as specific differences in the routing tables themselves (where we route and how we route).

Specifically with MinQty settings, we do not use a “one-size-fits-all” approach. For venues that have built-in order protection, such as IntelligentCross, IEX D-peg, and Nasdaq M-ELO, we do not use MinQty. For standard ATSs, we adjust MinQty settings based on a number of factors such as toxicity scores, reversion, impact, urgency, etc.

Getting this formula right is not always easy. It is part art and part science. It takes a long-term data view and real-time (order-by-order) analysis. But as our tools become more robust, and our data analysis more detailed, we continue to gather the necessary intelligence to inform appropriate algorithmic adjustment decisions and to properly align client objectives with best execution results.

Baird: Established in 1919, Baird is an employee-owned, privately held wealth management, investment banking, asset management, and private equity firm with more than 200 offices and over 4,600 employees in the United States, Europe, and Asia. Baird has more than $300 billion in client assets worldwide. Since 2004, Baird has been recognized annually as one of the Fortune 100 Best Companies to Work For®. Quality. Consistency. Partnership. Baird.

The corresponding material has been prepared by an institutional trader, sales person or desk analyst of Robert W. Baird & Co. Incorporated (Baird) and not by Baird's Research Department. The material is intended for institutional investors only. Recipients of this communication may not distribute it to others without our express prior consent. This communication is provided for informational purposes only and is not an offer, recommendation or solicitation to buy or sell any security. This communication does not constitute, nor should it be regarded as, investment research or a research report or securities recommendation, and it does not provide information reasonably sufficient upon which to base an investment decision. This report does not take into account the specific investment objectives, financial situation, or need of any particular client and may not be suitable for all types of investors. Additional analysis would be required to make an investment decision and investors should independently evaluate particular investments and strategies. The opinions expressed here reflect our judgment at this date and are subject to change. The opinions expressed include our current views with respect to future events. Actual results may differ materially from our expressed expectations. The information in this communication has been obtained from sources we consider to be reliable, but we cannot guarantee its accuracy. The accuracy of the corresponding information has not been verified or confirmed; accordingly, no representation or warranty, expressed or otherwise, is made as to, and no reliance should be placed on, the fairness, accuracy, completeness or timeliness of the information. The observations or views expressed in the material may be changed by the institutional trader, sales person or desk analyst at any time without notice. The information is current only as of the date of this communication and we do not undertake to update or revise such information following such date. The material may have previously been communicated to Baird's trading desk or other Baird clients. You should assume that Baird makes markets and/or currently maintains positions in some or all of the securities mentioned in the material. In addition, the individual providing their observations or views on such securities may be personally responsible for making a market in such securities or in buying or selling such securities for Baird's proprietary accounts. Baird may also provide services or solicit business from, or participate or invest in transactions with, or effect transactions for the issuers of the securities mentioned in the material. The material is merely intended to provide the personal observations or views of individual institutional traders, sales persons, or desk analysts which may be different from or inconsistent with the observations and views of Baird's research analysts, other Baird institutional traders, sales persons or desk analysts or the proprietary positions held by Baird.