“UK banks could be about to gain a competitive edge in the post-Brexit era thanks to new European rules designed to limit leveraged lending.

The European regulations, introduced late last year, are effectively a clampdown on leveraged loans that the European Central Bank deems ‘excessive’. The regulations themselves are very similar to rules introduced in the US back in 2013. Regulators on both sides of the Atlantic have moved to reduce systemic risk and coax lenders into upholding credit standards by limiting loans seen as too risky.

Just like the Fed, the ECB’s arbitrary limit is set at six times earnings before interest, tax, depreciation and amortisation. In theory, banks can still exceed this level but they must explain why they are doing so on individual deals, and many may prefer not to go through this additional reporting. It is interesting to note that the Fed’s limit set in 2013 has had little impact when examining leverage ratios and the percentage of deals in excess of 6x both of which are at higher levels in 2017 than in 2013 when guidelines were introduced.

Europe’s clampdown could be restrictive, however.

As the regulations currently stand, unadjusted Ebitda is to be used to calculate the leverage ratio on a loan, which means stripping out one-off items such as exceptional costs, that would otherwise allow bankers to use a higher Ebitda and therefore a lower leverage multiple.”

Subscribers can read the full article on FNLondon.com 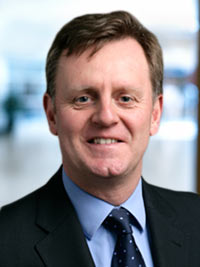