While medical advances are helping people battling serious illnesses live longer and experience a better quality of life, the biotech and pharmaceutical sectors are facing growing pressure to lower drug prices. Some widely publicized price rollbacks have spooked many investors, yet others remain bullish on both sectors. We sat down with Senior Research Analyst Brian Skorney, CFA, who covers biotech, to separate the headline risk from the long-term potential of investing in breakthrough medicines and discuss what the future might hold.

Q: Over the past few years, there have been significant new developments in the way we treat disease. Are we now in a golden age for innovation? And what’s fueling this innovation?

Brian: I would say that we are. I can think of dozens of diseases over the past 20 years where we've seen just amazing leaps in terms of clinical benefit. This is because we have a better understanding of human biology and the biology of various diseases. That’s made it easier to target disease, and we have better and better modalities for being able to hit targets.

Q: How is treatment different today?

Brian: Fifty years ago we had no insight into diseases like cancer. Most of the treatments were ubiquitous, but there is not one cancer. There are thousands of different cancers defined by site of origin, pathological features or genetic features. In addition, very few diseases affect large populations in consistent ways. So now we can treat 1,000 different cancers 1,000 different ways, knowing which cancers and which patients are more likely to respond to drugs with certain characteristics. That's the shift. More and more drugs are being developed for smaller patient populations.

HIV is another great example. In the early 1980s, it was a death sentence. Today, patients who have clear access to the range of HIV therapies, and are willing and able to take them on a consistent basis, are essentially living with a chronic disease that will never kill them.

Q: Despite its track record for innovation, the industry is still facing harsh criticism from the Trump administration over drug pricing. What’s been the overall impact of this negative attention?

Brian: It’s affected how investors think about the sector, and how sector executives think about drug pricing. But mostly it’s noise. Trump appointees, such as Alex Azar, the Secretary of Health and Human Services and a former drug company executive, and Scott Gottlieb, the Commissioner of the Food and Drug Administration, overall have been pharma friendly. The FDA has been more lenient in its drug approvals and is allowing them to get through faster.

Brian: Payers and drug makers are more cautious when discussing price. The pharmaceutical companies, certainly the large cap ones, are also getting savvier. They are more careful about how they position pricing discussions and how much credit to give the Trump administration for any pricing changes.

Q: Can you give us some examples?

Brian: Amgen recently received approval for a new migraine drug called Aimovig. It was priced substantially lower than the Street was expecting. Amgen has acknowledged they were aware of Trump administration critiques when they made their pricing decision. However, it’s hard to tell how much is an effort to soften criticism because at the same time they are trying to head off expected competition in the migraine space. It’s possible Amgen took a lower price to enable quicker market penetration.

Merck has also said publicly that it’s not going to increase drug prices this year. In fact, they’ve cut a number of drug prices. They took a 60 percent cut on a drug called Zepatier to treat hepatitis C. The cut appears very significant, but newer regimens from Gilead Sciences and AbbVie have surpassed Zepatier’s usefulness. Merck attributed the price cut to the Trump administration, but the drug is a meaningless part of Merck's profit and loss statement. If they wanted to reduce costs in the system, they’d cut prices for a really big product like Keytruda or Januvia.

Q: Why is it so difficult to determine what constitutes a fair return on a new drug?

Brian: A lot of characteristics go into determining a drug’s total value. You can spend 5, 10, 15, 20 years developing a drug and sinking increasingly larger amounts of money into development before turning a profit. And the vast majority of times, the drug fails somewhere in development making the whole thing an expense.

That's where U.S. patent law comes in. Companies that bring a new drug to market are given a monopoly on its sale for a period of time. The standard is somewhere from 10 to 20 years of commercial life for small molecule chemistry depending on when a company files a patent. That's how long the commercial life of a drug will be before a generic version can be introduced. Once a generic drug is introduced, we tend to see a 30 percent reduction in sales per quarter, so a very rapid erosion of essentially all profits associated with that drug.

But there isn't a clear pathway to a real generic replacement for biologics, so companies have a lot of latitude. They’ll have one patent on the base composition of matter of a chemical, but then five years later they'll file something for some minor change in that chemical. That enables them to extend the patent for five years, and then they keep filing additional patents every five to extend their monopoly.

Q: Will all the developments in biotech and pharma ultimately lead to more M&A?

Brian: There was a view at the beginning of the year that repatriation of capital would allow for more M&A. While that money has been repatriated, it really hasn't been gone toward  M&A. Takeda Pharmaceutical’s deal for Shire has been the biggest one this year except Takeda’s shareholders seem to hate it. The next biggest one is probably Norvartis' acquisition of AveXis. That’s the kind of deal the market was hoping for, but otherwise M&A has not really seen any pick up this year.

Q: Sounds like a win-win. So what’s the problem?

Brian: There are two problems. Most large pharma or biotech companies believe valuations for the small or midcap names are stretched. Rather than overpay, they are choosing to buy back their own stock and issue dividends. In addition, it's hard to absorb another company. There's a limit to how much M&A you can do in a year just from a structural point of view, even if you have the cash to do it. For example, Amgen has about $50 billion in cash. Yet they couldn't handle buying five $10 billion companies. It’s too distracting to absorb that much personnel, facilities and technology at one time.

Q: What kind of breakthroughs can we expect in the years ahead?

Brian: Neurological disease is kind of the next oncology. We understand more of the underlying biology of various central nervous system diseases, making it easier to develop treatments for smaller and smaller groups. Rather than just target a broad classification like “dementia,” we’re learning more about individual patients' genetic relationships and the biology causing those diseases. It’s a fantastic investment area.

I'm also bullish on gene therapy. I cover Sarepta Therapeutics, and it looks like they have a gene therapy that is essentially normalizing patients with Duchenne Muscular Dystrophy.

Q: It’s certainly an exciting time in this space. But there’s also a lot of hype. How can investors find quality opportunities and avoid story stocks like Theranos?

Brian: I'm always suspicious when a management team says they have some concept that is completely groundbreaking and so novel it's going to take over the world. To me, that's a red flag. If you look at the drugs that have been successful, they are not great leaps forward. They wind up being leaps forward in terms of how well they function, but they're not conceptually a leap forward.

It’s also a good idea to look at what smart investors in the space are doing, or even more specifically, not doing. If a company can't convince any dedicated healthcare shops to participate, it’s probably because there’s a problem. In the case of Theranos, there was a paucity of savvy life science investors involved. Plus, the board was composed of people who had no healthcare experience. To do well in this sector, you need to select great companies and technologies, and be wary of stories that sound too good to be true. 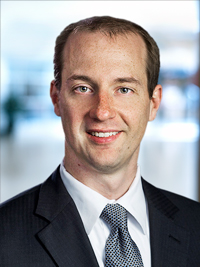 Brian Skorney, CFA, is Baird’s senior analyst covering Biotechnology. Prior to joining Baird in 2012, he was a senior vice president in equity research at Brean Murray Carrett & Co, a vice president in equity research at ThinkEquity, LLC, and a research analyst at Susquehanna International Group, LLC, all in the biotech/pharmaceutical industry. He also worked as a coordinator and lab manager at the Howard Hughes Medical Institute. In 2016, he was ranked by Thomson Reuters Analyst Awards (StarMine) as the No. 3 stock picker in Biotechnology. Brian received a BS in biological sciences from the University of Notre Dame and an MBA in finance from New York University.