What is the tone of the current bond market? What should we expect near-term? And how will the results of the presidential race influence fixed income in 2021 and beyond? Strategas’ Head of Fixed Income Research Tom Tzitzouris breaks down the different election scenarios and their potential impact on the market.

Where We Are Now

So with the election only weeks away, what is the current state of the bond market?

Let me start by saying that, as a rule, markets like certainty, and elections by their very nature are uncertain. So while individual investors might prefer one candidate over another in any given election, the markets basically just want to get through it without any surprises. While I think the equity market is pricing certainty as to the outcome of the 2020 election, I'm not convinced the bond market is.

For example, look at the interest rate on the 10-year Treasury: In spite of the enormous influx of bonds that have become available, it’s having a hard time increasing at the pace the equity markets are. It’s picked up a bit over the last few weeks, and as we anticipate for Q4, but minimally, as recent labor reports have been mixed. 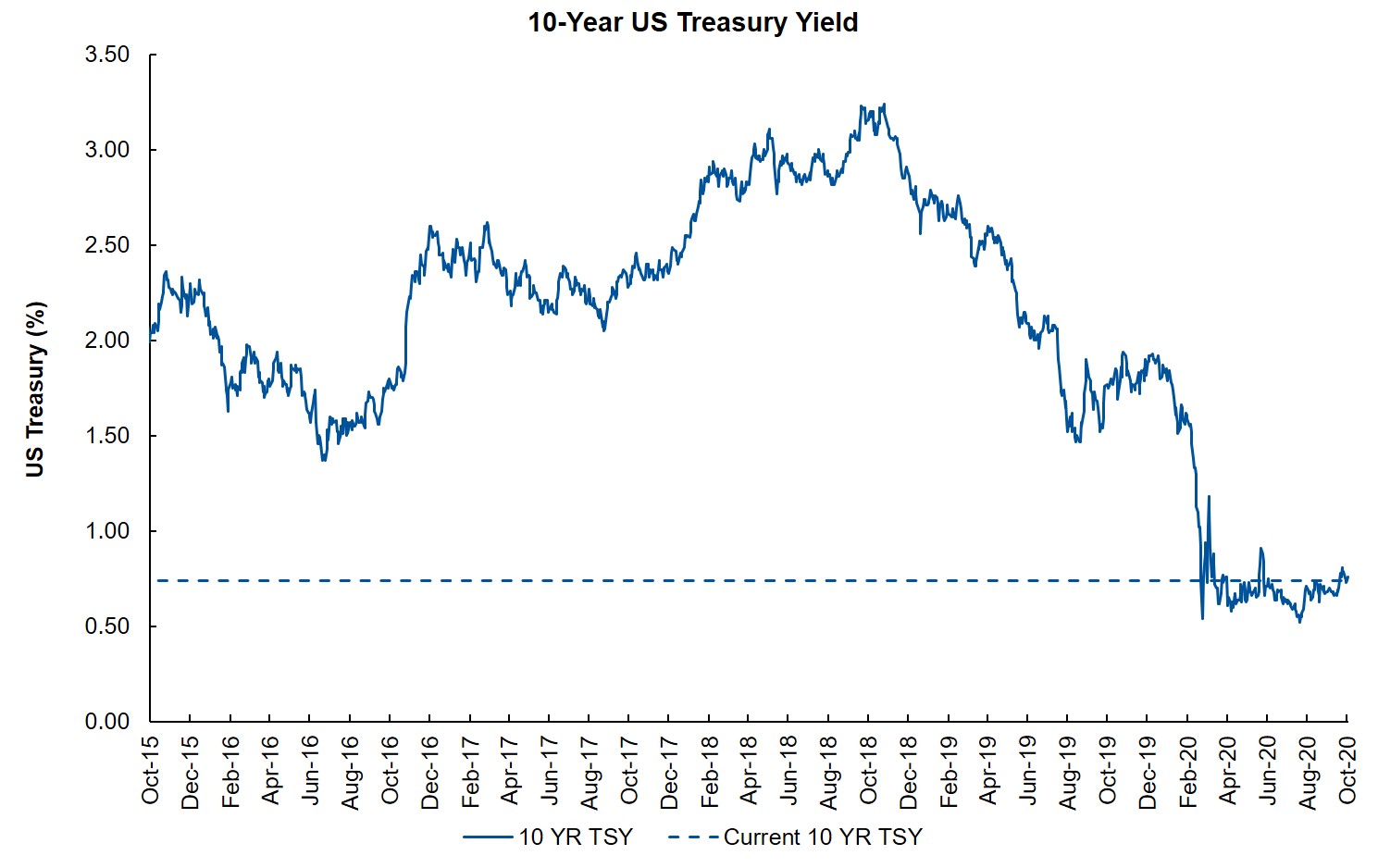 Chart 1: Despite the increase in supply, interest rates have mostly been flat. Source: U.S. Department of Treasury website.

I think the bond market is saying, “We think we have certainty here, but we'll let the equity guys put that play on.” You're not getting that flight from quality that you would typically associate with a relief-rallying equity market.

What’s driving that lack of certainty and increase in supply? Pre-election jitters?

The general anxiety that accompanies a presidential election is certainly part of it. But over the past two months, we've seen an incredible rise in the number of investment-grade corporate, muni and Treasury bonds. 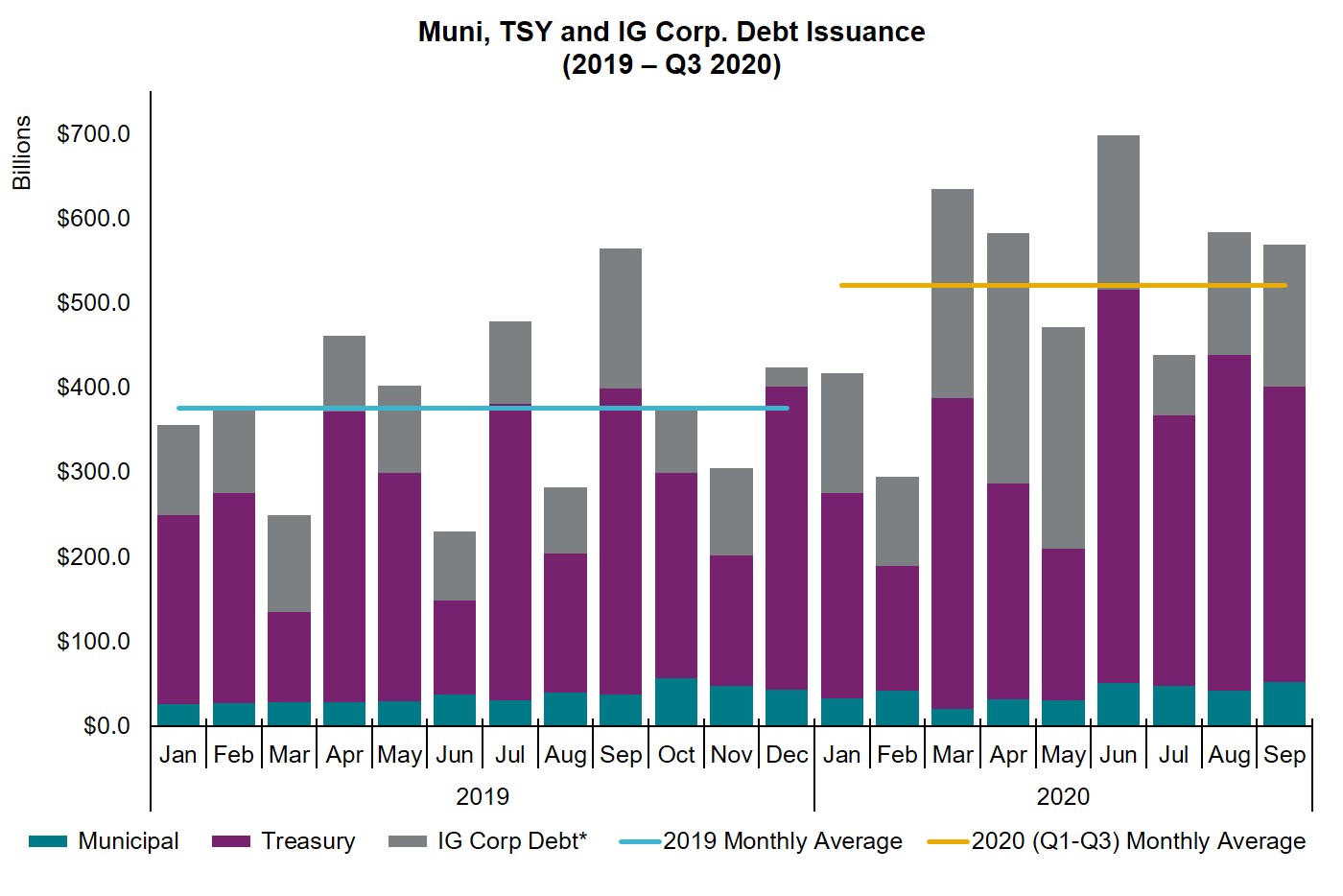 Chart 2: Bond issuance through September 2020 has spiked throughout fixed income, with municipals on pace to reach another record month. Source: SIFMA.

It’s particularly intense this year. I think that’s based on the fear that something really bad could happen – a constitutional crisis, a military coup, violence in the streets – and if that were to force the markets to close, you wouldn’t be able to access them. Issuers would rather get into the market now before anything like that might happen.

That’s what you meant by “certainty” and “uncertainty” earlier.

Right. Our base case is we have certainty – we have certainty that there will be an outcome in the election, and assuming the economic trajectory continues to slowly improve between now and the end of the year, the curve will steepen appropriately, with long-term interest rates increasing at a faster pace than short-term rates. That’s what all our projections are based on.

With that base case in mind, I think you’ll see one of three scenarios plays out:

If any of these three scenarios occurs, I think you’ll see long-term Treasury yields push higher based on the assumption that a stimulus package will pass soon after clear winners are announced. Since the Fed has committed to keeping short-term interest rates at zero until 2023, short-term rates may still climb, but at a much, much slower pace, with the two-year having a tough time surpassing the upper-bound Fed rate of 0.25%.

Can you run through each of those scenarios and its potential impact on the bond market?

If you get a Democratic sweep, I think you get a very clear picture as to what stimulus is going to look like in terms of size, makeup and how quickly it comes out.

Let's say the Biden administration puts out $3 trillion in stimulus. I think you could easily see the curve steepening 25 basis points (or 0.25%) between the election and January 1 just on speculation alone, and up to 100 basis points (1.00%) by the end of 2021. If you get $3 trillion of stimulus, the significant volume of bonds available in the market  is going to push yields higher, especially the 10- and 30-year, increasing the spread between the 10-year and two-year by, at a minimum, 0.12%. And if you get any sort of cyclical recovery, you could be looking at a 4% real GDP growth rate on average throughout all of 2020, 2021 and 2022, reinforcing that upward trend. And that's on top of the 35% bounce we're getting in Q3 and whatever pace we're on for Q4 now. That would be an awful lot of growth.

If the Republicans managed to retain the Senate, keep the White House and somehow take the House of Representatives, I'd expect a pretty large stimulus next year as well. I don't know if it's going to be $3 trillion but it might very well be $2 trillion. That would still be enough to steepen the curve as described with Scenario 1 – maybe not an additional 100 basis points (1.00%), but certainly an additional 50–75 basis points (0.50 – 0.75%) on top of what we’ve seen already.

Let's say Biden wins the presidential election and the Republicans keep the Senate. I'm not so convinced that the Republicans put up a big fight on stimulus, because if they keep the Senate, it's by their bare knuckles, and a good number of those Republican senators are up for reelection again in 2022. And you know there will be every opportunity to expose and exploit any Republican resistance to stimulus at that point.

So even if you get that type of divided government, you still might get the $3 trillion of stimulus. The only situation I could see where you get a divided government where the curve flattens is if the president retains the White House, the Democrats take the Senate and they impeach him again. That could be a scenario where the market says, “Oh no, not this again.”

What about a fourth scenario, where there’s a contested election?

If something like that were to happen, I would expect to see 10-year yields push back toward that 50-basis point level. That would be kind of a benchmark as to where we go if things really look like they're uncertain and unresolved within two days of the election.

It looks like all three of your scenarios assume some form of stimulus. A second round of stimulus was expected this summer but never materialized – could that happen next year as well?

If no stimulus comes, then I would worry about the emergence of a fiscal cliff in the spring of next year into the early summer. The middle third of 2021 could become a soft patch – though how big a soft patch would depend on a lot of factors.

How might that stimulus play out in the muni market?

For that $3 trillion of stimulus – without knowing specific details, I'd say there is going to be a big safety blanket put out for the muni market. It’s hard to say how big, but I wouldn't be surprised that if the Democrats sweep, states and local governments will get $700 billion to $750 billion under the Biden plan.

Are there any election-related factors to look at beyond the stimulus?

The timing of a COVID vaccine would matter a lot. The ability of the U.S. government to give the all-clear sign would give consumers and the economy a shot in the arm, no pun intended. With that said, certain areas of certain industries are not going to make a comeback, whether you have a vaccine or not. But it’s a start.

But that’s a bit down the road. Right now, if the most likely scenarios play out, we’ll see a relief rally in equities and the bond market sells off. In that case, your borrowing costs are going to go higher. So if I'm an investment-grade corporate borrower or a high-quality muni borrower, I'm going to market now because it's not likely to get better than this anytime soon.


Some of the potential risks associated with fixed income investments include call risk, reinvestment risk, interest rate risk, credit risk, default risk, liquidity risk and inflation risk. Additionally, it is important that an investor is familiar with the inverse relationship between a bond’s price and its yield. Bond prices will fall as interest rates rise and vice versa. Municipal securities investments are not appropriate for all investors, especially those taxed at lower rates.