Serious debate remains around the viability of global climate models, the intensity and pace of global warming, the potential impacts of a warming planet, and what – if any – responses the world should take to mitigate these impacts. On balance, however, the evidence suggests that man-made greenhouse gas emissions likely play a role in a warming climate, that global warming presents real challenges, and that decreasing the carbon intensity of our energy supply is desirable, particularly if the costs of that reduction can be limited. This is a tall order, but one that rising U.S. natural gas supplies have made and should continue to make more feasible. 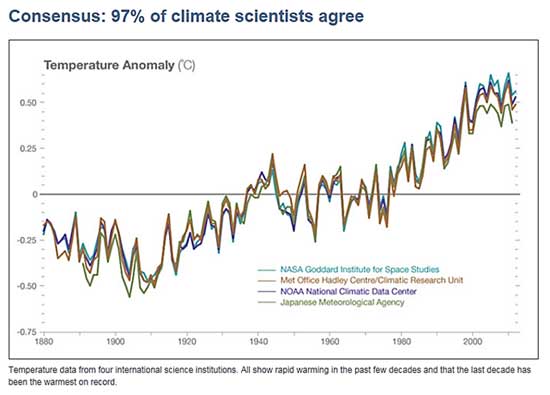 The acceleration of hydrocarbon production in North America has implications for greenhouse gas emissions. Cheaper and more ubiquitous crude oil, natural gas and natural gas liquids likely mean increased consumption and, in turn, greater carbon emissions. And massive expansion of natural gas production (57Bcf/d to 66Bcf/d in the past five years) has reduced prices by 31% over the last five years, stimulating increased consumption.

However, natural gas – a cheap and increasingly available fuel source – is roughly 40% less carbon-intensive than coal. Increasing short-term use of natural gas for power generation as well as more stringent emissions restrictions on both existing and future coal-fired power plants mean that most new power generation built in the U.S. likely will come from natural gas or renewable energy. Coal’s 40% market share in electric power generation is likely to deteriorate over the long run. In the future, potential advances in carbon capture and sequestration technology may allow coal to arrest this market share decline, but at present the all-in costs for such technology, either as new builds or as retrofits, do not compete with new natural gas-fired power generation.

Regardless of future changes in the carbon intensity of different fuels, natural gas has already made a profound impact on total U.S. emissions. Weakened economic activity after the onset of the credit crisis, the expansion of wind power, increased vehicle fuel economy standards and increased power plant efficiency caused emissions to peak in 2007. U.S. carbon emissions have now regressed back to 1994 levels. Of the factors that drove this reduction, fuel switching from coal to natural gas accounted for nearly half of the improvement from 2005 to 2012.1 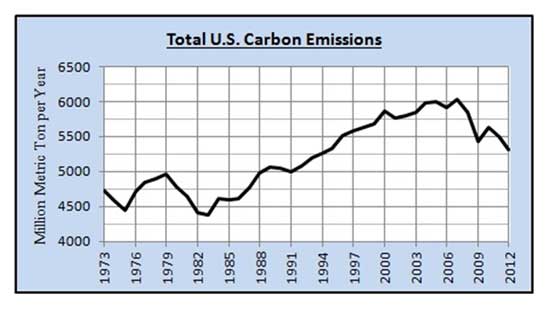 Baird’s Energy Team believes the United States needs a vibrant, healthy and dynamic economy to fuel gains in efficiency and technology, and investors should position themselves for such an environment. Solutions to climate change likely will strive for balance with economic progress because technological advances and their adoption are more likely with growth and wealth.

Renewable energy generation needs a base-load partner. Right now, natural gas is the cheapest, cleanest, quickest and most feasible alternative and is likely to remain so in the coming decades. The use of coal will not end overnight, but we expect its market share to keep dropping. Natural gas usage should continue to rise in power generation and take more incremental market share from other fuels in transportation, industrial, commercial and residential markets. Overall, the resource boom should depress U.S. greenhouse gas emissions on a net basis given the rise of cleaner-burning natural gas.

Where is crude oil growth in this mix? In our next installment, we will address the rise of oil, which offsets emissions gains from natural gas but provides extraordinary benefits to the balance of trade and to national security.